When many people talk about what would make their financials lives better, many of them automatically jump to the conclusion that the answer is “more money.”

While many of us could probably benefit from higher incomes, and there are definitely those for whom more money would make a big difference, the reality is that there are more important considerations that what you have coming in. Cash flow is probably a bigger deal than the amount of income that you have. 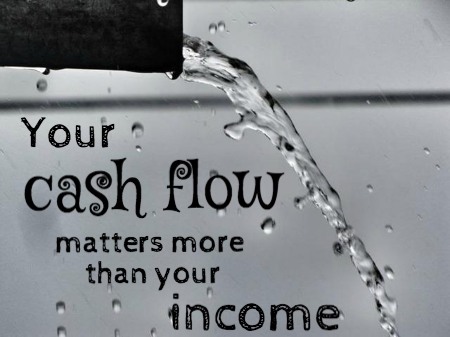 What is Cash Flow?

Cash flow is all about how money moves through your personal economy. It takes into account the money that comes in, as well as where that money goes. Cash flow is also concerned about timing. The timing involved with your money coming in and going out is more important than many people realize, and can make a big difference in the way your finances turn out.

Think about when you are paid, and match that up with when your bills are due. If you have a major bill due two days before your next payday, things get sticky, since you have probably already used some of your money for other expenses, like groceries or utilities. Your pay day is just around the corner, but that doesn’t change when your bill is due.

At this point, you might have to transfer money around (from a savings account) to make sure the bill is paid. Or, if that isn’t an option, you might put off paying the bill. This can result in a late fee. But, the late fee might be a small price to pay when you consider the cost of an overdraft fee, or, in some cases, a return fee. I had one memorable cash flow mix up that resulted in a return fee, after a hold period that tied up the (insufficient) funds, so that I ended up with overdrafts on other items as well.

Being aware of when all of this is happening is essential if you want to avoid being crushed under the weight of fees. Banks made $31 billion from overdraft fees in 2013, and there was an average of 7.1 overdraft incidents per checking account that year. In 2009, a report was published indicating that Americans spent more on overdraft fees than on fresh vegetables — and I wouldn’t be surprised if that’s still the case. One of the ways to reduce overdraft fees and late fees in your own life is to pay attention to cash flow, and try to stagger your bills so that they match better with your pay cycle.

How to Stagger Your Bills

One of the challenges with managing cash flow is the fact that your bills often come out on a set day each month, such as the 15th or the 3rd. However, many people are paid every other week. So, due to the natural way this falls out with our months, it’s possible for you to get paid before the 15th one month, but after the 15th on the following month. This can make things a little choppy for your finances.

The good news is that many service providers will let you choose a due date for your bills, especially if you are doing automatic withdrawal. So, take a look at a calendar. What are some of the dates that often fall around your bi-weekly payment schedule? You are likely to notice that there are some dates that you can usually count on, toward the beginning, middle, and end of the month to fall during a time that you are likely to have money. 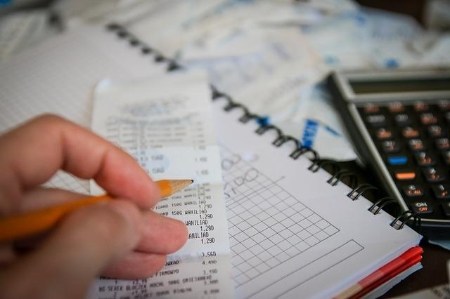 You can also stagger your bills. Don’t have the mortgage, car, insurance, and gym payments all come out on the same day each month. Divide up your automatic withdrawals, spacing them throughout the month so that you have different bills in different pay cycles. You can even request a different credit card due date in many cases.

Just by moving your due dates around a little bit, and matching up your bills with when you are paid, you can make a big difference in your budget.

My own problem has more to do with the fact that I have a variable income. I never know when I’m going to be paid. My clients pay on different days each month, and I usually have to wait on echecks, as well as for transfers from banks to PayPal to banks. It’s a bit of a hassle.

As a result, I have backstops in place to help me avoid overdraft fees (this became necessary after our cash flow mixup a few years ago). I have a low-interest personal line of credit connected to my checking account, and it can be drawn on for a $5 fee (rather than $39 for an overdraft). Additionally, I make many payments, such as utilities and gym memberships, with a credit card. Gas and groceries are also paid for with a rewards credit card. As a result, the money is available in my checking account for automatic withdrawals. I can pay off the credit cards (or line of credit) when I receive the money from my clients — usually without being charged interest.

It smooths my cash flow, and makes things more manageable for me.

Your cash flow is more important than just your income. Start paying attention to how and when your money moves through your personal economy, and you will be much better off in the long run.