Home › Personal Finance, Retirement › Do You Have to Pinch Every Penny to Get Rich?

One of the financial trends on the rise in recent years is that of extreme saving. The idea is that you can get your living expenses down to the bare minimum, save a bunch of money, and then retire very early. It’s about sacrificing now, for 10 to 15 years, to get rich and retire sometime between the ages of 35 and 40.

It’s like taking the Latte Factor to the next level. In some cases, extreme savers are able to save up to 70 or 80 percent of their income. That’s a complete turnaround from the conventional financial advice that says you should live on 70 to 80 percent of your income. While it’s hard to pinpoint what, exactly, it means to be an extreme saver, many agree that you are getting into extreme saving territory when you bank at least 50 percent of your income. (I think that you’re into extreme saving the moment you move beyond the bare minimum savings to accomplish your long-term goals and start giving up things you actually want.) 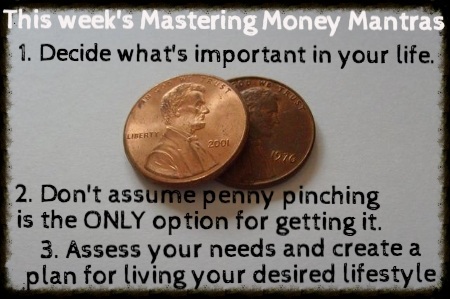 The good news is that you don’t have to pinch every single penny to get rich. You don’t even have to get into extreme savings to live the life you want. But you do have to plan ahead, make choices, and figure out what’s going to work best for you.

One of the things I liked about our guest, Kraig Mathias, is that, even though he’s an extreme saver, he acknowledges that it’s not for everyone. Indeed, he’s more about helping you figure out how much independence you really have with your situation — and how you can arrange your finances to create the kind of independence you actually want.

His point that you really have to be making enough money to save really hit home. And he’s right. There’s only so much you can cut from your budget. At some point you can’t cut any more. If you aren’t making enough money to get beyond the subsistence level, you’re not going to be doing any saving at all — extreme or otherwise.

If you are going to create your own financial independence, what you really need to do is make more money. Sure, there stories of how certain millionaires and billionaires still live cheap. However, if you are making $30,000 a year with a family of four, living cheap often means just getting by. It’s not so much about trying to save 50 percent of that income; it’s more about figuring out how you can make more money. Penny pinching just isn’t going to cut it at that point. (Unless you’re über-frugal and can live on $15,000 a year and be happy. Which is totally doable in some cases.)

Instead, ask yourself what you need to feel financially free, and to have the independence to do what you want. I’ve got a cool job in which I write online. I can do it from anywhere, and set my own schedule. It pays the bills and then some. My husband loves teaching, and he has a fairly flexible job as a university professor. Together, we make enough that we can set aside what we feel is necessary for the future, and we can spend the rest.

That amount we set aside isn’t close to 50 percent of our income; we are definitely not extreme savers. But we’ve done a retirement needs assessment (something the EBRI says more than half of Americans haven’t done), and we invest what will get us to where we want to be at some point. At the same time, we don’t really expect to “retire” in the traditional sense. I like writing, so I can keep at it. My husband likes teaching, so he’ll probably do that for a while. We might change our topics and schedules, but we’ll still likely be doing something during retirement. Neither of us are the sit around and doing nothing type. 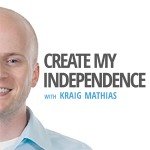 Your financial independence doesn’t have to look like someone else’s, and you don’t have to be an extreme saver to succeed. But you do need to understand your own priorities, and have a good idea of what’s important to you.

If you want to get rich — and even what “rich” means to you is open to interpretation — you first need to know what’s important to you. What does it look like for you to accomplish what you want and live your desired lifestyle? If what you want is to be able to save up enough to live on frugally by the time you’re 30 so that you can quit the rat race and do whatever the hell you want, then do that.

I like the idea of being able to handle what comes my way, and being able to enjoy life now. I really, really, really hate sacrifice, so extreme saving isn’t my path. But I do have enough financial freedom and leeway that I can, like Kraig, be completely “unproductive” on a Wednesday and still be ok. I can decide to go on a hike with my son on a Tuesday, or sleep in because I stayed up late to go to a movie with my husband.

And I don’t have to pinch pennies to do it.

Will I even get rich in the sense that I’ll have billions upon billions of dollars? Probably not. But that’s not my goal. I live fairly modestly. I like to travel. Really, I just want to be able to spend more time on my pet projects, and be able to keep up good relationships with people I care about.

Figure out what’s important to you, and then decide what it will take to get there. In some cases, that might mean extreme saving for a few years. In other cases, it might mean a different approach. Don’t assume there is only one path to the life you want.

One Response to Do You Have to Pinch Every Penny to Get Rich?