A couple weeks ago, three of us from the show began heading to New Orleans. Tom arrived Tuesday, I (Miranda) showed up Wednesday, and Glen arrived on Thursday. Unfortunately, Kyle and Peter couldn’t make it to FinCon this year, which was too bad, because it was a lot of fun when all of us were there last year.

Even though only 3/5 of the show was at #FinCon14, we still had a good time, and learned a lot. There was a lot of after hours fun, and moments that probably shouldn’t have been photographed, but were. Well, except when it came to Glen. Because even though Glen walked all the way down Bourbon Street, he still managed to avoid being photographed in compromising situations, unlike certain other people who flashed Bourbon Street. 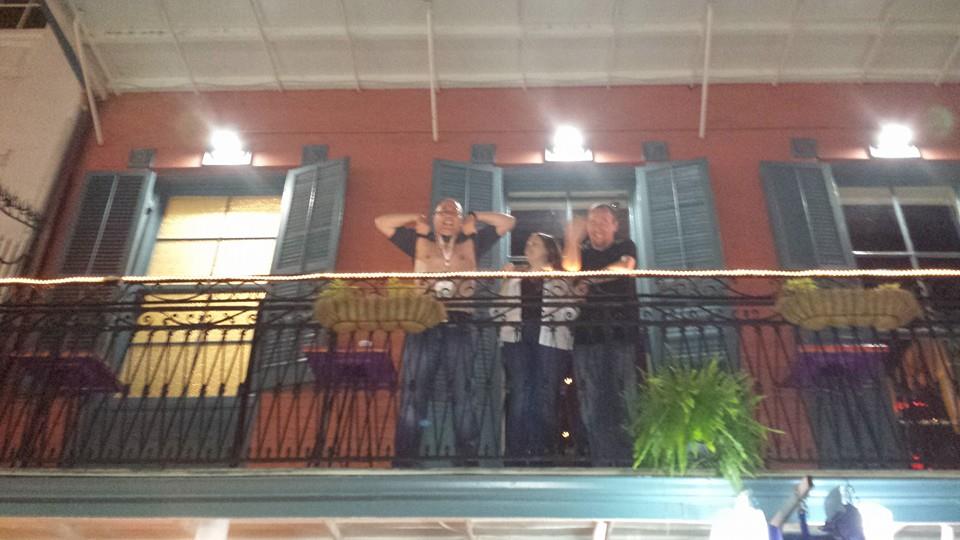 Building Relationships and Learning from Our Peers

A big part of the draw to #FinCon14 is the fact that we have the chance to meet with our fellow personal finance blogging nerds and talk shop and build relationships. Some of the most interesting and fruitful conversations take place in the lobby or in someone’s room after midnight. Partnerships and projects are started in hallways, when, technically, you should be attending educational sessions.

Not that we didn’t attend sessions, of course. Tom presented a breakout session on useful web tools, and I moderated a panel for freelancers on how to get editors to fall in love with you. 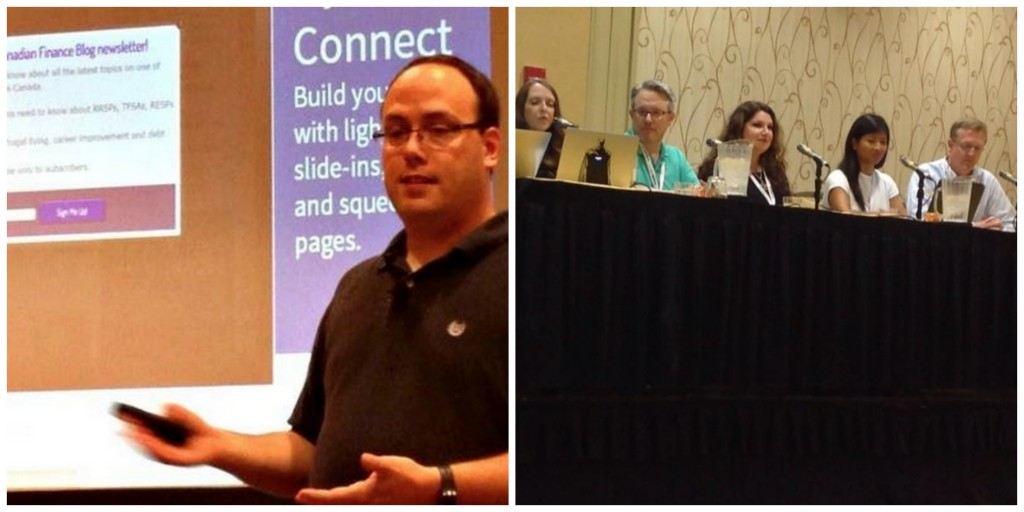 Between the three of us, we also attended great informational sessions on podcasting, community engagement, autoresponders, and publishing. The knowledge gained will (hopefully) help us create a better show.

Our peers have a lot to share, and it’s great to learn from them, whether we are building relationships outside of official sessions, or whether we are actually sitting in a room, learning more about a useful subject.

Because you don’t start a weekly web video show without wanting at least some degree of attention, we made an effort to be in a few places at once. First of all, we did a podcast LIVE from the COUNTRY Financial stage. That was a lot of fun. We had a guest from COUNTRY on with us, and we talked investing. Other than the fact that I never did get the banana I craved, it turned out pretty well. 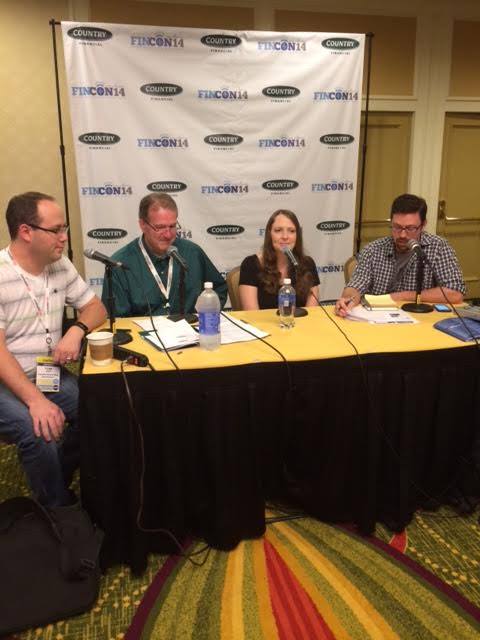 Not only did we do a live show, but we also won some Plutus Awards. First of all, the Money Mastermind Show loves the Plutus Awards. Tom and I are both on the Executive Committee of the awards, and our panelists have each won at least one award at some point during the five years that Plutus has been a Thing.

This year, I didn’t win any individual awards, but Tom and Glen each won, for Best Canadian Personal Finance Blog and Best Kept Secret, respectively. Our show as a whole did end up winning for Best Collaborative Project. That was a nice nod because we work really hard on this show — especially Peter and Glen. (Do you love how Glen always looks so dignified? Honestly, even when he’s out drinking at a club, the man always looks dignified. Someday, we need to get a picture of him with a lampshade on his head.) 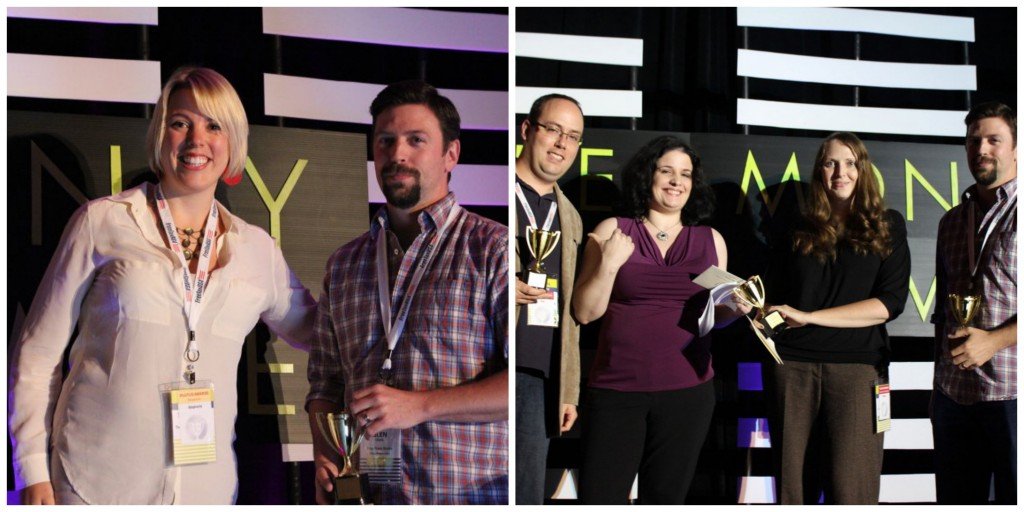 Overall, it was a great conference. We had a good time, and it was fun to see each other in person. Sure, we see each other every week on the show, but it’s not the same thing. Which is why it was a bummer that Peter and Kyle couldn’t make it. It would have been nice to see them, too. I did think it was fun to spend an hour or so after wrapping up our show on travel hacking to relive a little of the glory, and to fill Peter and Kyle in on all the juicy gossip, rumors, and speculation about where the next FinCon will be held.

And, of course, it was fun to recount my badass karaoke performance. Because sometimes it’s fun to cut loose, dig down deep, and channel that drunk college girl lurking inside all of us. 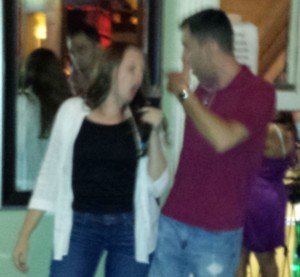